Adriana is a Partner in the Dispute Resolution department. Prior to joining the SAA team, Adriana worked for more than 9 years at RTPR Allen & Overy, as well as for 3 years at David & Baias, the associated law firm of Price Waterhouse Coopers in Romania.

Adriana’s experience in tax disputes is equally extensive having been involved in matters with significant values and ranging from VAT disputes to income tax, royalty and transfer pricing disputes.

Significantly, Adriana spent 10 years involved in litigation surrounding investigations by the Competition Council in a number of markets such as telecoms, retail, pharmaceuticals and oil and gas.

Adriana boasts an impressive success rate of over 90% with much of her work being complex and high profile.

Adriana co-ordinates one of two of our Dispute Resolution Groups where her extensive legal experience is complemented by her excellent communication skills enabling her to not only manage client relationships but also to manage and co-ordinate relevant team members, so as to deliver highly professional and tailored services for the clients.

As if all this was not enough, Adriana has also published numerous legal articles on civil law, civil procedural law, European law, tax and administrative law and she is also the co-author of "New Civil Code. Notes, correlations, explanations". She has also published numerous articles related to her practice in Bizlawyer, Juridice.ro, Legal Magazin, Universul Juridic, Profit.ro. 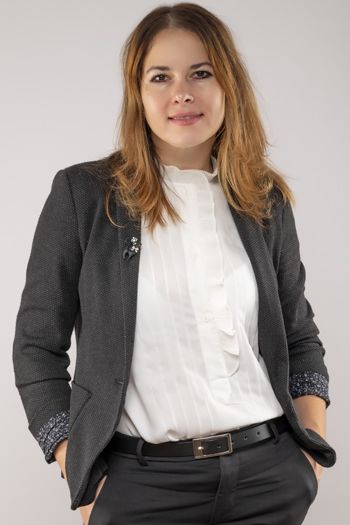