Beginning with his early years at Nestor Nestor Diculescu Kingston Petersen, and then with Bulboaca & Associates, Costin has worked with some of the most prestigious financial institutions and businesses on a wide spectrum of regulatory and finance projects. He was involved with financers and developers in several prominent finance projects during the golden age of the Romanian real estate market before the financial crisis.

Costin’s clients have always been extremely fond of his friendly and efficient way of working and his insights into the economic and legal factors that drive each transaction. During 2013 and 2014, Mondelez International (a spin-off company from Kraft Foods) headhunted him to temporarily take over the position of Legal Director, and coordinate their legal departments in eight jurisdictions for almost 18 months. He successfully completed his secondment and, in the process, honed his skills further and gained invaluable experience as the legal adviser to the CEO and top management.

Costin also has a second area of focus and expertise in competition law. He has participated in several well-known cases, achieving positive outcomes for clients such as Allianz and British-American Tobacco.

In 2004, Costin graduated from Bucharest University’s Faculty of Law and immediately went to work.  At the same time, he attended the French-Romanian European Law College and obtained his “maitrise en droit” from the prestigious Université Paris I – Panthéon-Sorbonne. Outside work, Costin is a passionate photographer who supports young talent. 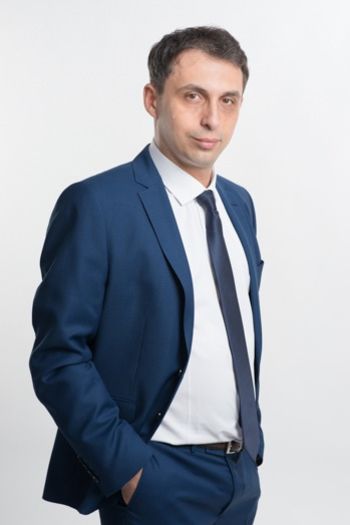 Stratulat Albulescu Attorneys at Law has advised Niro Investment Group, a fully privately owned Romanian group of companies with over 25 years of expertise in investments, development and asset management, on the completion of a financing amounting to EUR 24 million granted by Libra Bank.

Stratulat Albulescu Attorneys at Law has advised World Class, the largest fitness clubs operator in Romania during the initial due-diligence process in relation with, and negotiation of, an alternative financing structure from a Polish closed-end investment fund.

As co-counsel with the office of White & Case, Stratulat Albulescu Attorneys at Law has assisted VTB Bank (Europe) SE on a financing in the amount of EUR 124 mil granted to Chimcomplex S.A. Borzesti for the acquisition of several asset bundles from Oltchim SA. The team, led by Costin Teodorovici provided legal assistance on matters of Romanian Law in relation to transaction structuring and the Romanian security package, as well as in relation to certain other relevant matters including insolvency, real estate and environmental law issues.

Advising World Class Romania, the leader in the fitness industry in Romania, with the acquisition of a new fitness club, an area of more than 1300 sq. From the outset of this project, and throughout the entire process, our lawyers were actively involved, the successful team being led by Partner Ramona Iancu.

Advising First Property Group PLC, an award winning property fund manager and investor with operations in the UK, Poland and Romania, in conjunction with a club of investors, on the acquisition of the MAESTRO BUSINESS CENTER Office Building located in Cluj -Napoca, Romania. The assistance provided covered all legal aspects of the transaction from the outset to the financing of the acquisition.

Stratulat Albulescu Attorneys at Law has advised First Property Group PLC, a property fund manager and investor with operations in the UK, Poland and Romania, in conjunction with a club of investors, on the acquisition of the MAESTRO BUSINESS CENTER Office Building located in Cluj -Napoca, Romania.

The assistance provided by the Company covered all legal aspects of the transaction from the outset to the assistance in the financing of the acquisition.

Stratulat Albulescu Attorneys at Law has advised Assurant and the UK based insurance intermediary by providing an in-depth analysis of the stage of implementation of the Insurance Distribution Directive in Romania.