Irina comes to our firm with an impressive depth of experience in the fields of energy projects and construction law.

It was whilst working for Taylor Joynson Garrett, in London and Bucharest, and CMS Cameron McKenna, that she was introduced to energy projects and construction law and, together with her most recent work as a sole practitioner serving as legal counsel to the likes of the E.ON Group companies, the Gazprom Group companies (including Gazprom Export, WIEE AG, WIEE Romania and WIROM) and others about European railway infrastructure, she has developed a formidable reputation in her specialist practice areas.

Irina also served for 5 years as the Head of the business, legal and compliance department of the Romanian holding company, E.ON Romania, following which she acted for E.ON Regenerable Romania as General Manager, Board member and Head of the legal department. For the past 11 years, Irina has advised the E.ON Group companies wherever she has been living and she also worked for Hidroelectrica as Head of their legal department for approximately 2 years.

Irina brings a wealth of other skills and experiences with her. She received her law degree from the University of Bucharest and was admitted to the Bucharest Bar in 1999. She received an LLM from the University of Trier and practiced law in a German law office during 1996-1997. She is certified, by the Goethe Institute as a German language translator, and she also speaks English, French and Italian as well as some basic Russian. But, perhaps most impressively, in 2011 Irina returned to school to study at Bucharest’s Titu Maiorescu University’s Psychology Faculty.  Since graduating in 2014, she has specialised in cognitive-behaviour therapy and teaching assertive communication and negotiation skills as well psychoanalysis.

Irina brings her exceptional experience and skills to new clients, whilst also enabling existing clients to benefit from the wide range of supporting advice and representation that the firm now provides.

1999 - Member of the Bucharest Bar and the Romanian Bar Association

Diploma and license issued by the Bucharest University of Law

And legal practice in law offices in Germany

Irina has also been involved in work as a member of E.ON management including:

Responsibility for conducting complex negotiations, coordinating major court claims, advising on restructuring processes, the renovation works for hydropower units, collective bargaining negotiations and the preparation of an IPO. Irina also participated in negotiations between the Romanian State and the Serbian Government for the clarification of the schedule of works to be undertaken by both parties in respect of the hydropower plant Portile de Fier. 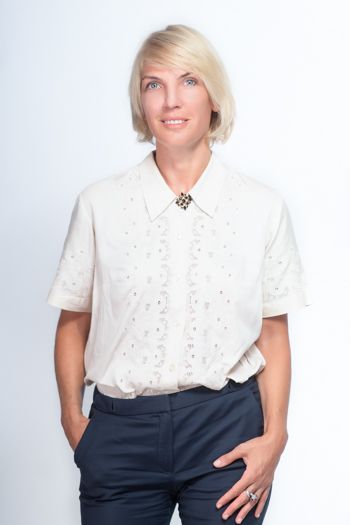 As co-counsel with the office of White & Case, Stratulat Albulescu Attorneys at Law has assisted VTB Bank (Europe) SE on a financing in the amount of EUR 124 mil granted to Chimcomplex S.A. Borzesti for the acquisition of several asset bundles from Oltchim SA. The team, led by Costin Teodorovici provided legal assistance on matters of Romanian Law in relation to transaction structuring and the Romanian security package, as well as in relation to certain other relevant matters including insolvency, real estate and environmental law issues.

Our legal advisors were involved in comprehensive Railway Reform, a project that included analysis of European and Serbian railways legislation, drafting new legislation in line with EU Directives and in-depth analysis of OECD and World Bank best practices on restructuring processes at Regulatory and Ministry level.

Stratulat Albulescu lawyers offered consultancy over reorganization strategies and revision of the management guidelines. The extended advice also included proposing rules for PSO contracts, developing the Contract Management Procedure and Plans in accordance with EU regulations and monitoring and evaluating of the Railway Sector performance.

Stratulat Albulescu Attorneys at Law has advised E.ON Romania in connection with a project of strategic importance for Romania, its scope was to develop and implement in Romania, based on EU legislation and practice, new energy services and products customized for local authorities and SMEs, which could be integrated into sales companies as value added products. Legal support implied, amongst others, public procurement compliance, Romanian and EU data protection & confidentiality rules etc.