Roxana Catea joined us as a Managing Associate in June 2020 after working for just over 7 years at Tuca Zbarcea & Asociatii. Prior to this Roxana also worked for one of the leading Big 4 associated law desks in Romania.

She has over 10 years’ experience in a wide range of litigation but her particular areas of expertise are in the commercial field including corporate litigation, insurance and bankruptcy litigation, insolvency and restructuring litigation, contract disputes, foreign judgement enforcement proceedings, professional and product liability and last, but not least, labour disputes.

Additionally, Roxana boasts extensive experience in the field of special procedures, including annulment of promissory notes, banking payment issues and procedures before the Financial Supervisory Authority in respect of regulation of Romanian insurance companies and court related disputes.

Roxana co-ordinates a second Dispute Resolution Group where her strong written communication skills coupled with her excellent language skills (she speaks no fewer than 4 languages being Romanian, Spanish, French and English) and her sharp analytical mind enable her to focus not only on the end result but on each and every step of the litigation process, ensuring the best defence is identified and implemented and keeping the clients’ business at the centre of her focus.

Roxana is also, impressively, studying for her PhD in Commercial Law whilst lecturing on the same at Nicolae Titulescu University’s Faculty of Law.

Roxana has been a member of Bucharest Bar and the Romanian Bar Association since 2011. 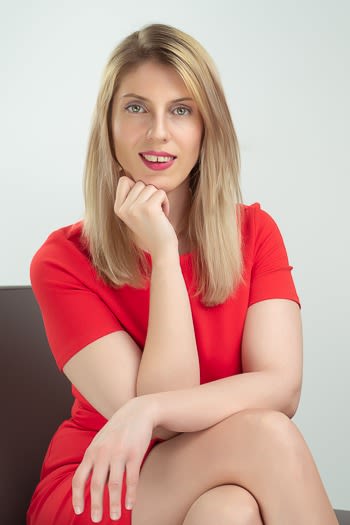 Stratulat Albulescu Attorneys at Law has successfully represented Compania Romprest Service S.A. ("Romprest"), one of the Romanian leaders in facility management, in obtaining a landmark decision by the Bucharest Court of Appeal, with the annulment of the minutes and corresponding Decision for ascertaining the irregularities and establishing the budgetary receivables issued in 2018 based on AMPOSDRU financing agreement, and with the obligation of the defendant, namely Ministry of European Funds, to reimburse the plaintiff the amount of LEI 4,724,889.90 (EUR 973,935.41), as well as to pay the plaintiff the related legal interest, starting with the date of filing the lawsuit, namely 9 February 2018, until the date of actual payment.

Stratulat Albulescu has successfully represented Romanian sports retail chain Hervis Sports & Fashion S.R.L. (“Hervis”) in obtaining an unprecedented decision by the Cluj Specialised Tribunal, with the grant of an injunction for the deferred payment of part of the rent relating to premises at the Vivo Shopping Center in Cluj which is owned by commercial real estate group Immofinanz.

The Tribunal granted the request by Hervis for an interim injunction and, consequently ordered the postponement of the payment obligation for 70% of the rent, service charge and marketing costs for the month of May until the case is heard in first court proceedings.