Sabina Cerbu is a Partner in our Stratulat Albulescu office in Chisinau, Republic of Moldova.

Prior to joining us, Sabina worked for almost 4 years for one of the leading law firms in Moldova. She has also worked in the public service for 5 years, being one of the youngest deputy ministers in the Government of the Republic of Moldova at that time.

With a professional experience of more than 15 years, Sabina is specialized in corporate, commercial, intellectual property and regulatory law. Proving to have solid knowledge in corporate law and as a general practice, Sabina usually advises foreign and domestic clients on day-to-day matters, including drafting of documents (e.g. shareholders agreements, licensing agreements), assisting with negotiations and representing clients’ interests in front of public authorities and courts.

Moreover, during her time as deputy minister in the Moldovan Government, she gained extensive experience in drafting public policy documents (such as legislative proposals and strategic public policies for the Government of Moldova). Sabina has also been involved in various exercises of public policy monitoring and evaluation, as well as conducting functional analysis of public institutions.

However, the activity she is mostly proud of is her 10 years of teaching experience. She taught civil law to students at the same university where she was educated to become a specialist in the field of law.

Sabina has been a member of the Chisinau Bar and the Moldovan Bar Association since 2013. 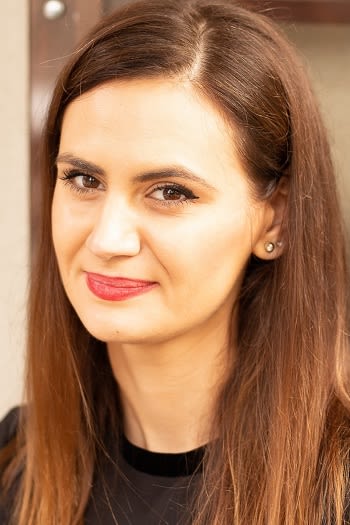